Clear Vision is a group of  experienced property professionals.

Our consultants have nearly 2 decades of experience within the property sector: letting and managing; buying and selling; refurbishing and developing residential property.

We own and manage a large, mixed portfolio of residential property for families, young professionals and students. In addition to our property experience, we have also come from other careers, such as social care and education, giving us a broad range of skills and experience to draw upon.

The style of our business is very much focused on people and solutions, not bricks and mortar. We understand the importance property often plays in people’s lives and their aspirations for the future. Property is something that can bring real benefit and opportunity, but at other times can be the source of many headaches!

House prices fell in nearly 80 per cent of postcodes across England and Wales over this year, but the strength of the London market boosted by demand from overseas buyers prevented the overall decline from being even  worse, property analyst Hometrack has said.

Average prices declined by 2.1% overall, but in some of the most desirable areas of London they went up by as much as 5% over 2011, recording an average increase of 1% across the capital.

Some 78% postcodes across England and Wales registered house price falls over 2011, but prices have gone up across 43% of London areas during the same period, with the main hotspots concentrated in central and west London.

The study did not list the areas which have experienced the worst declines over the year.

Despite the more positive outlook for London, Hometrack expects prices to fall by another 3% across England and Wales by December 2012, and rents to rise by 2% as buyers who cannot get onto the property ladder remain trapped in the booming rental sector.
Richard Donnell, director of research at Hometrack, said: "The strength of the London market, where prices are up 1% and by more than 5% in central London, has flattered the national picture.

"Strong international and domestic demand saw prices in the more affluent parts of the capital rise over 2011."
Prices in around three quarters of postcodes in south-west and north-west London rose. More than 95% of prime central London also saw increases over the year and this area also experienced rises of 5%.

Prime central London includes well-heeled areas popular with tourists such as Knightsbridge, Mayfair, Kensington and Chelsea and the City.

Price drops tended to be concentrated in east and south east London, partly due to weaker domestic demand, Hometrack said.
This year’s overall decline is sharper than a 1.6% fall in house prices experienced in 2010, the study found.

The time it takes to sell a property currently stands at 6.5 weeks in London and 13 weeks in the East Midlands.

In Bath, Guildford and Canterbury homes spend around a month on the market, and in Stoke, Norwich, Blackpool and Carlisle it typically takes more than four months.
The study also highlighted a "widening imbalance" between supply and demand as uncertainty over the economy has grown, indicating that prices are going to fall further as demand has dropped off.

The first half of 2011 saw a "bounce back" in demand with new buyers rising by 14%, but demand then fell by 11% during the second half of the year as the eurozone crisis unfolded.

Hometrack also said that growing uncertainty about the economy has also put sellers off putting their homes on the market.

The supply of housing for sale grew by 19% over 2011, but all of the growth came in the first six months of the year.

The proportion of the typical asking price achieved stands at 92% to 93%, a figure which has changed little over the year.

But in the North the proportion of the asking price achieved has moved lower, suggesting prices there are set to fall further, Hometrack said.

Month-on-month prices went down in every region in December, by 0.2% on average. Greater London and Yorkshire and Humberside had the smallest declines at 0.1% and Wales saw the biggest drop at 0.4%.

Mr Donnell said: "The fortunes of the housing market are directly linked to the wider economy and looking ahead to 2012 the expectation is that growth will remain sluggish, unemployment will continue to rise and household incomes will remain under pressure.

"Low interest rates and housing turnover will continue to act as a support to prices but the overall trend will be downwards and we expect prices to fall by 3% by December 2012.

"The flipside of a weak sales market will be continued demand for rented housing and further upward pressure on rental values which we expect to rise by 2% over the next 12 months."

The survey looks at achievable selling prices, based on responses from estate agents and surveyors across England and Wales.

Landlords must be careful where they buy, warns investment firm

Property investors should be very selective about the areas where they choose to buy during 2012, warns buy-to-let specialist Assetz.

The normally upbeat firm says that with unemployment rising and the Eurozone crisis yet to play out, taking a punt on secondary – or what used to be called rising – locations could prove risky.

Stuart Law, chief executive of Assetz, said that buyer and tenant demand will continue to outstrip supply in established areas.

In contrast, he said, areas that are reliant on manufacturing or the public sector are best avoided.

Law said: “Now is not the time to take a punt on potentially ‘up and coming’ locations, or those that are dependent on sectors which are at risk from high levels of unemployment.

“The deepening Eurozone crisis is far from over and it will no doubt continue to impact the property market here in the UK by limiting the amount banks are able to lend and stifling consumer confidence.

“Buying in a strong location will help deliver a reliable rental income and a good supply of quality tenants, albeit alongside only modest capital growth for the time being.” 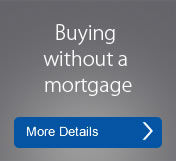